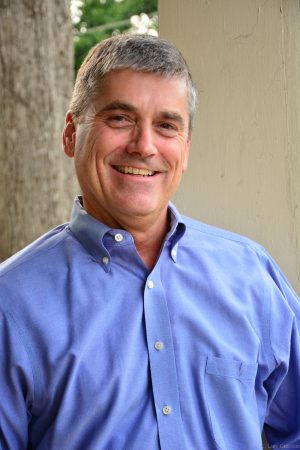 Dale Holmes is a founder and co-owner of Headwaters Realty and currently serves as the broker for the agency. Dale grew up on a farm and in a farm-related business in Sandersville, GA during the ‘60s & ‘70s, eventually attending college at Mercer University in Macon and graduating from Georgia State University in Atlanta in the 1980s. After a 15-year career with a large company in Atlanta, he packed up his bags and moved to the beautiful foothills of Clarkesville, Georgia and began his new career in real estate in 2002. Dale is married to Jeanmarie Holmes who is a full-time certified real estate appraiser with the company they own together known as Land and More Appraisals. Jean’s children John Burke and Kelly Burke are accomplished entrepreneurs in their own right: John is a pianist and composer in Atlanta and owns John Burke Music and has six albums to his name and one Grammy nomination while Kelly owns a successful technology company in Washington State and currently “headhunts” chemistry graduates for placement in corporate positions throughout the U.S. Dale refers to himself as a “closet entrepreneur” who left the corporate world in his early forties to build his own business in northeast Georgia. “I moved to Clarkesville because of its natural beauty and simpler lifestyle,” said Dale. “As a child, my family traveled frequently to the Northeast Georgia mountains which gave me some of my fondest memories of the area. I always knew I would eventually move somewhere in the mountains and ended up in sleepy little Clarkesville in the late 90s.” Dale’s interests (other than real estate!) include stand-up comedy, historical & music documentaries, and Thai food & sushi!

Information Deemed Reliable But Not Guaranteed.